Almost a No-No for Bush

Dave Bush took a no-hitter into the 8th inning today as the Brewers battled the Phillies during their rubber match in Philly. With one out, pinch-hitting Matt Stairs (a former Brewer) saw a 3-1 pitch that he liked, and the rest is history. Solo shot. 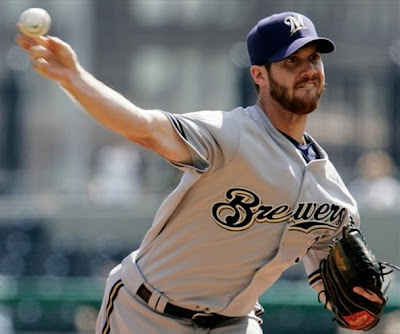 Amidst the Brewers struggles at the mound, Bush showed Brewers fans once again why he is in the starting rotation. He'd had a pretty rough couple of outings before today's start, but finally receiving some run support (six runs) from his teammates seems to make the difference for Bushy. He finally gets his first decision, a 7 2/3 effort that yielded only one run.

This was the second time Dave Bush had taken a no-hitter into the 8th inning. The last time was June 19th of last season against the Toronto Blue Jays.

The hit that broke up that no-no came off the bat of Lyle Overbay. Another former Brewer. Talk about no love for your former mates.
Posted by Dubbs at 1:29 PM

I Also Contribute To... 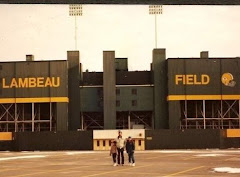 As a child at Lambeau Field

Non-Blog Baseball Links of Great Use